There was planned shooting of a multi-serial movie “Captain Horblower” after a novel by Forester in spring in1997 inYalta. The shooting should have been made by English cinematographers featuring with Russian colleagues.

The action of the novel took place in the period on Napoleon conducted wars in the sea, that’s why they needed a big amount of sail boats and ship boats. As soon as construction of a number of frigates and battleship is very expensive for any budget, they have taken a compromise settlement: the major number of sail boats should have been made as reduced copies of original boats and the shooting made in a swimming pool. After a thorough selection of companies dealing with construction of boats had been made, they have chosen our company.

In August of 1996 preliminary negotiations were held, and in October we started construction of 11 copies of late XVIII century sail boats, that were 4 to11 mlong, and of four rowing boats of natural size (two yawls, one 14-oared boat and one 20 oared launch).

We were very tough on time, because we had to develop design of each boat model first.

We simplified the boat frames, but the lines, outside planking, sparring and hull attachments and the sailing accessories we made very thoroughly. There were English and French boats as well among constructed boats, that have differences in a form and a structure of sails, boat bodies and types of rigging. We had to show all these differences, because we were told that there a lot of people sophisticated in history of the fleet inEnglandand we should not have had any mistakes.

It took us about a year to accomplish all the work and in August 1997 the remaining boats were sent first toYaltaand then toEnglandto continue movie shooting.

There was a big article and a big number of pictures with process describing moments in Model Boats magazine in November, in which our work on boat models and sail boats was appreciated a lot.

As of today there are 6 series of the movie about captain Hornblower already completed and the seventh one is under the shooting. Besides, a boat ANNA by name and one of «Grumant-58» boats, constructed  in 1994,  also participated in the shooting. 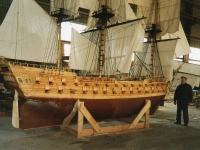 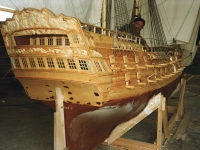 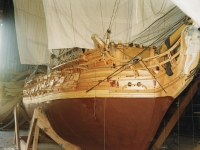 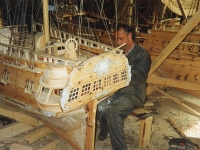 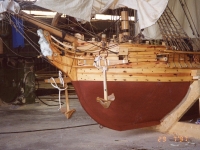 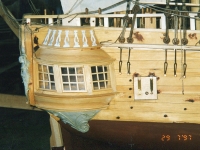 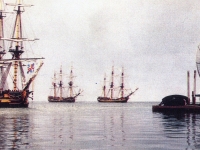 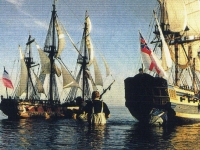 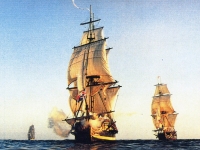 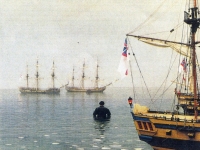 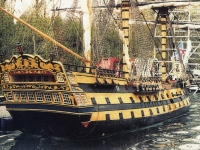 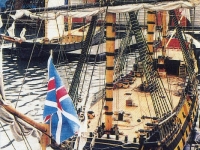 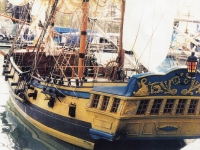 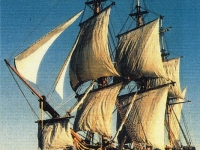 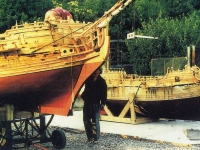 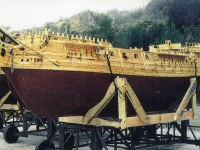